1. Most of the harms associated with drug use are not caused by drugs, but are caused by the war on drugs. Prohibitionist drug laws and policies are destroying lives, devastating communities and destabilizing countries. We have a global drug policy problem.

2. Chronic problematic drug use and addiction are serious issues, albeit for a small percentage of people using drugs, but these issues are largely responses to severe personal, social and structural pain and dislocation (Alexander 2008). These unresolved underlying issues are rarely addressed by policy makers and treatment providers that see ‘drugs’ as the problem. In addition to grappling with the pain and consequences from damaged and difficult lives, exacerbated the ravages of addiction, this group of drugs users endure considerable harm, stigma and discrimination from drug policy abuses.

The main problems are caused by prohibition
Drug taking per se is not a ‘problem’. For example, we would not be anxious upon learning a friend was using the psychoactive drugs caffeine, tobacco or alcohol, so nor should we be inevitably anxious about a person using other psychoactive drugs. However, a person using illegal drugs unfortunately faces considerable additional risks – arising not from the drug, but risks created by prohibitionist drug policies (Buchanan 2008).

Here are seven ways that prohibition increases the risks. The person using a prohibited drug:

1. Has no idea of the strength of the drug – it could be so strong it could result in risk of overdose or death.

2. Has no guarantee about the purity or indeed content of the drug – it could contaminated or even mixed with toxic ingredients that could cause serious harm even death.

3. Has to buy the drug ‘underground’ – exposing the person to the vagaries of a potentially dangerous criminal underworld.

4. Buying, using and sharing illegal drugs puts the person at risk of serious criminal court sanctions, such as a community sentence with a drug rehabilitation requirement or even imprisonment.

5. A person using an illegal drug risks acquiring a criminal record for a drugs offence – which could have lifelong consequences upon opportunities for employment, relationships, insurance, travel and housing.

6. Has to use the drug in secret. For some people this may mean using in an isolated location which could be potentially dangerous especially when intoxicated – such as a condemned building, under a railway bridge, a canal etc.

7. Has to hide the use of illegal drugs making it more difficult to manage and harder to seek help, support or advice if a problem arises.

If it wasn’t for these harms caused by drug war policies, the risks posed by the drugs that are currently illegal would be comparable to those posed by state approved substances caffeine, sugar, alcohol and tobacco. Indeed, there is evidence some illegal substances are less harmful than the state approved drugs. Alcohol in particular is a high risk psychoactive substance that sits alongside some of the more risky banned drugs.

Chronic addiction is more of a social problem than a health Issue.
People using illegal drugs do not have a health problem and don’t need treatment.  Only a small minority of people who use drugs develop issues with addiction – estimated to be around 10% of those who use drugs (legal or illegal) – meaning that around 90% of people who use drugs do so without developing issues. Most of the 10% who get into difficulties recover, often without professional help. However, a proportion of the 10% struggle with chronic addiction, and those that do tend to be ill-equipped, struggling with with additional issues and limited resources. Once identified and labelled an ‘addict’ or ‘junkie’ this small group struggling with chronic addiction endure drug policy abuse including; stigma, discrimination, criminalisation, exclusion, enforced abstinence, punishment, incarceration, as well as degrading and poor health, housing and social care services.

Most of us at some point in our life may lose some degree of control over our patterns of drug use, but importantly most people successfully regain control without professional help or medication. Just ask an ex-tobacco users, most will have had periods of serious uncontrolled tobacco addiction, however, most tobacco users manage to regain control without seeking professional help.

However, there is a small vulnerable group of people who become addicted to drugs who lack the personal resources, support networks, agency, social and cultural capital and/or positive life experiences necessary to regain control. For this group addiction can become entrenched and all consuming, masking underlying stresses and issues. Indeed, for this group chronic addiction can be an all-embracing lifestyle and the term ‘addict’, sometimes becomes a damaging internalised identity. The term ‘addict’ or ‘junkie’ becomes a label that defines the person, and importantly these degrading stereotypes are used to tells others all they need to know about ‘them’ and how ‘they’ should be treated.

Problematic drug use (and indeed drug use) should never have been constructed as a crime problem, but neither should it be constructed as a medical problem or a disease. Chronic problematic drug use or addiction are largely caused by personal, social, cultural and political pain and suffering (and at times may also include psychological, physiological and legal issues). This is something I observed working as a drug worker on Merseyside, England during the mid-1980s ‘heroin epidemic’. As a probation officer and drug worker at the Liverpool Drug Dependency Unit working alongside psychiatrist Dr John Marks I worked with hundreds of people struggling with chronic addiction, and subsequently spent many decades researching addiction and drug policy as an academic. This experience as a drug worker and academic taught me that chronic problematic drug use is largely driven by enduring personal and structural alienation, factors that were serious issues long before drugs became a problem.

If chronic drug addiction is providing an escape for underlying issues, then helping people come off those drugs without addressing the real needs is arguably irresponsible and likely to set the person up to fail.

Here are eight articles/book chapters free to download where I present the evidence and discuss these issues further:

*I was delighted to be cited by the much respected Owen Jones in his book Chavs: The Demonisation of the Working Class featured in the image above.

References: Alexander, B.K. (2008). The globalisation of addiction: A study in poverty of the spirit. Oxford: Oxford University Press.

7 thoughts on “Addiction: A Response to Enduring Personal Pain and Alienation” 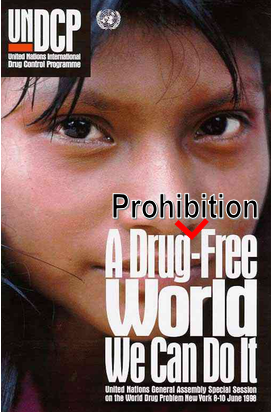